5 inspirational pieces of wisdom we learnt from the 2nd ever Muslim Influencer Meet up! 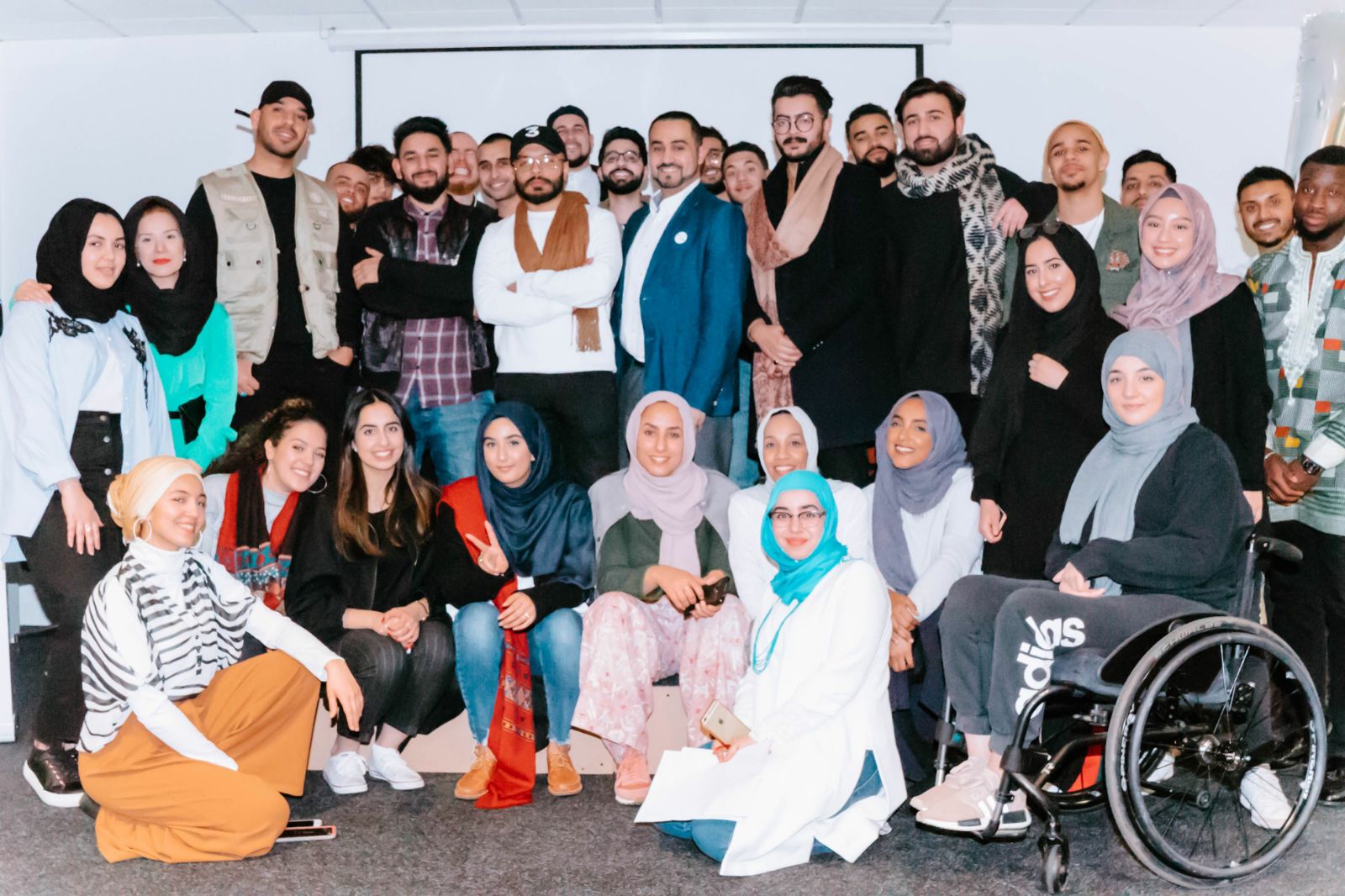 
When you’re on the cusp of something magic – it’s like you find inspiration everywhere.

This was definitely the overall feeling when we congregated for the 2nd ever M.I.N. Meet up! Around 20 Influencers, their beautiful guests, brilliant speakers and the M.I.N. team met up in a secret space just on the outskirts of London on February 24th. 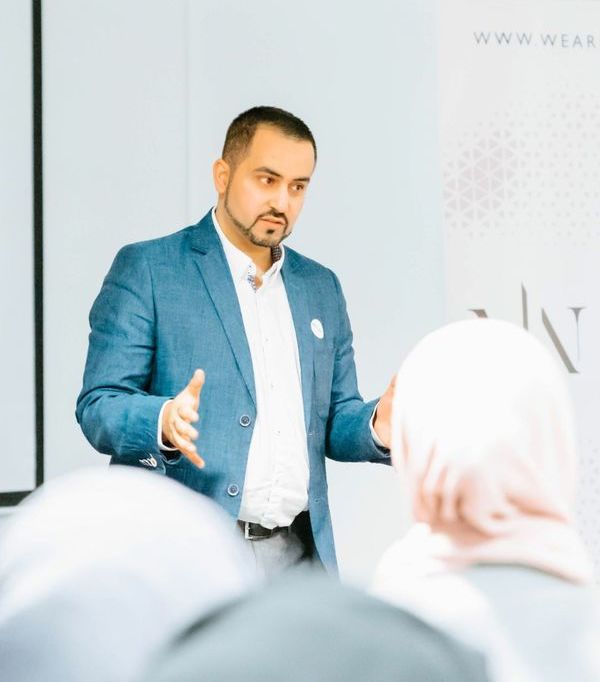 The vibe was chilled with a great buzz of inspiration and motivation. It was a great chance for everyone in the room to gather, recalibrate our mindsets and feel refreshed and ready to go back out into the world to spread something good.

We’ve entered into an era of reinvention of identity. It’s as though something deep has shifted. We can now shape the narrative of the way Muslims are portrayed. We’re not flat characters that the world is unable to empathise with. We’re real, genuine, wonderful people with flawed and nuanced personalities, and that’s OK.

We no longer have to abide by what society deems worthy, we’re allowed and encouraged to be hungry and strive for more.

However, due to this mass movement of empowerment, it also means seeking a balance. Defining the line has become even more paramount. We have to take care of our mental wellbeing and practice a huge amount of self-care.

The theme of this M.I.N. meet up was mental health. Mental health and wellbeing is something we need to discuss MORE. It should not be a taboo subject that people are stigmatized for. However, this can be a tough subject to bring up – especially within communities that have yet to really accept the reality of mental health. 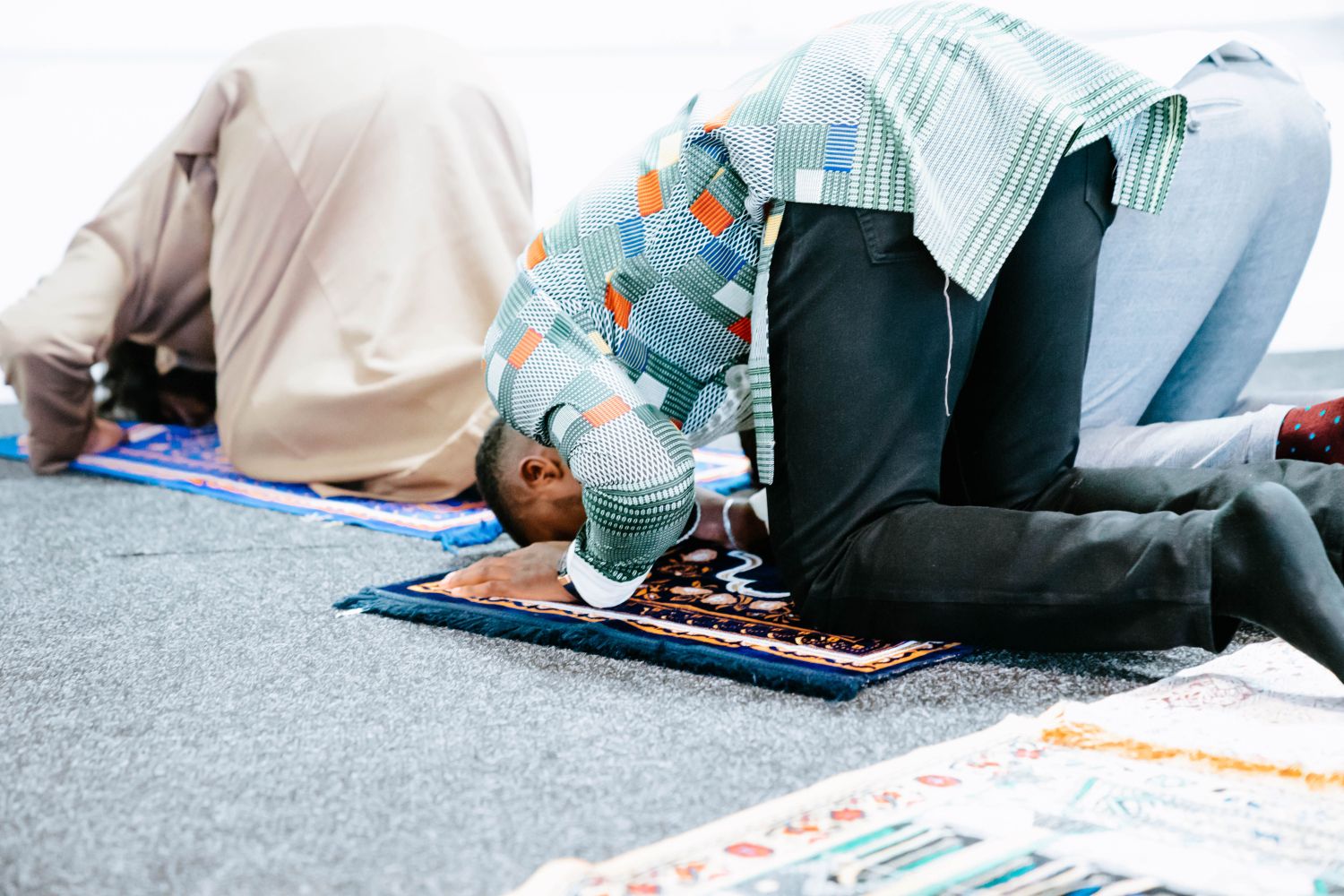 Now, with that in mind – there was a lot to say on the subject. Here is a round up of the 5 pieces of wisdom we learnt from the amazing event.

1. Have a higher purpose

Let’s face it; if you’re Muslim and an Influencer, it’s either going to be hard logistically or you’re going to come up against some mad resistance. So that means you better be sure about what you’re doing it for. Whether it’s to bring society together, teach the world a skill or simply just share the love – it’s important to know exactly what you’re working towards. 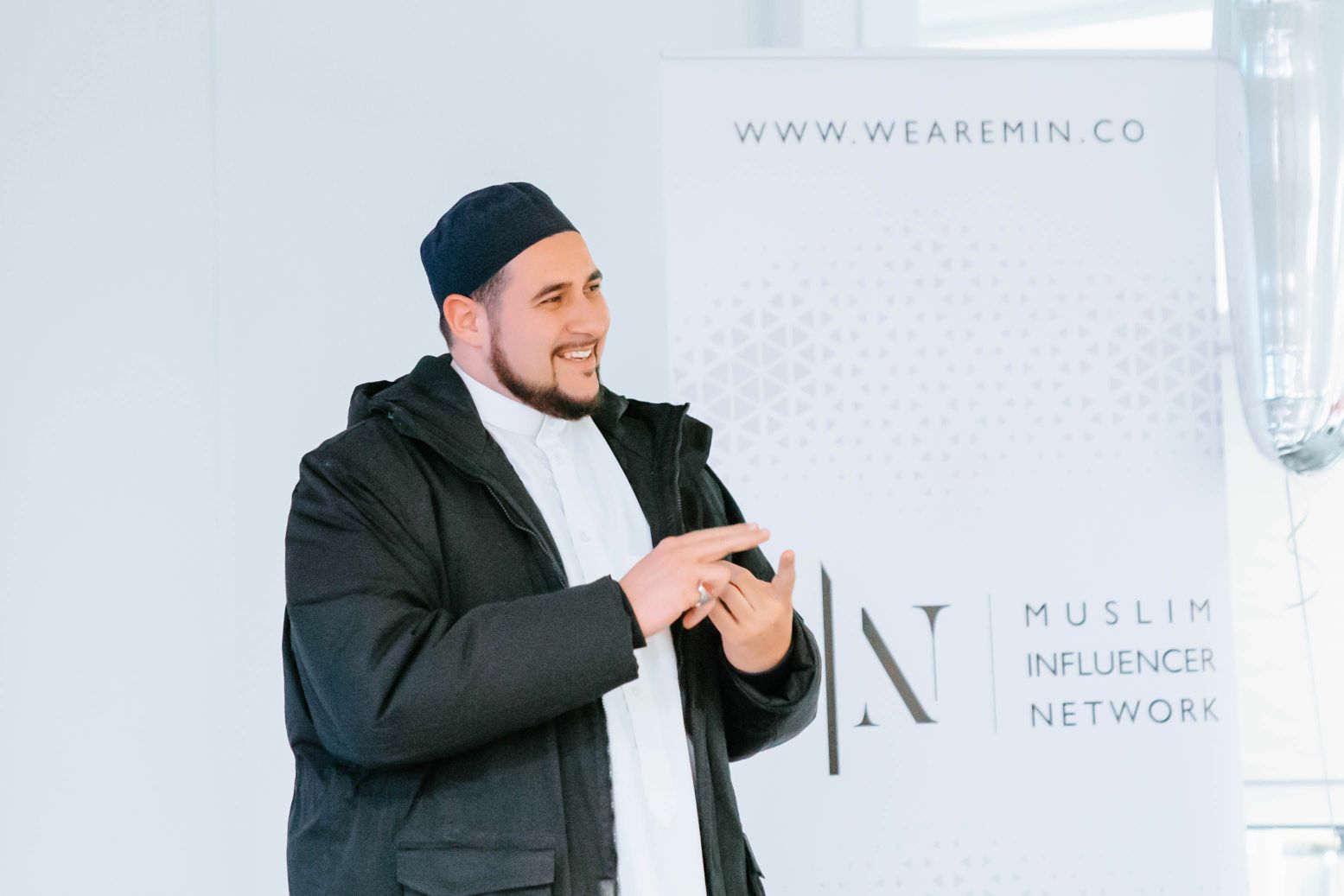 The answer is, yes, of course.

What is harbored and fostered in the inner – will inevitably manifest in the outer. What we need to do is constantly make sure we’re resetting our intentions. Whenever we feel like we’re straying from our purpose, it’s just about stopping and getting back to the path we were always supposed to be on.

Every single influencer has a gift. That gift might be an eye for fashion, or athletic ability or an amazing sense of humour.

Khaled Siddiq likens this to a gift you give to a friend. If someone gives you a new pair of shoes and they see you throwing the shoes around, or chucking them in water or leaving them in the box they came in – they’d feel annoyed right? Because the gift they gave wasn’t being utilized to its full potential or for its intended purpose. 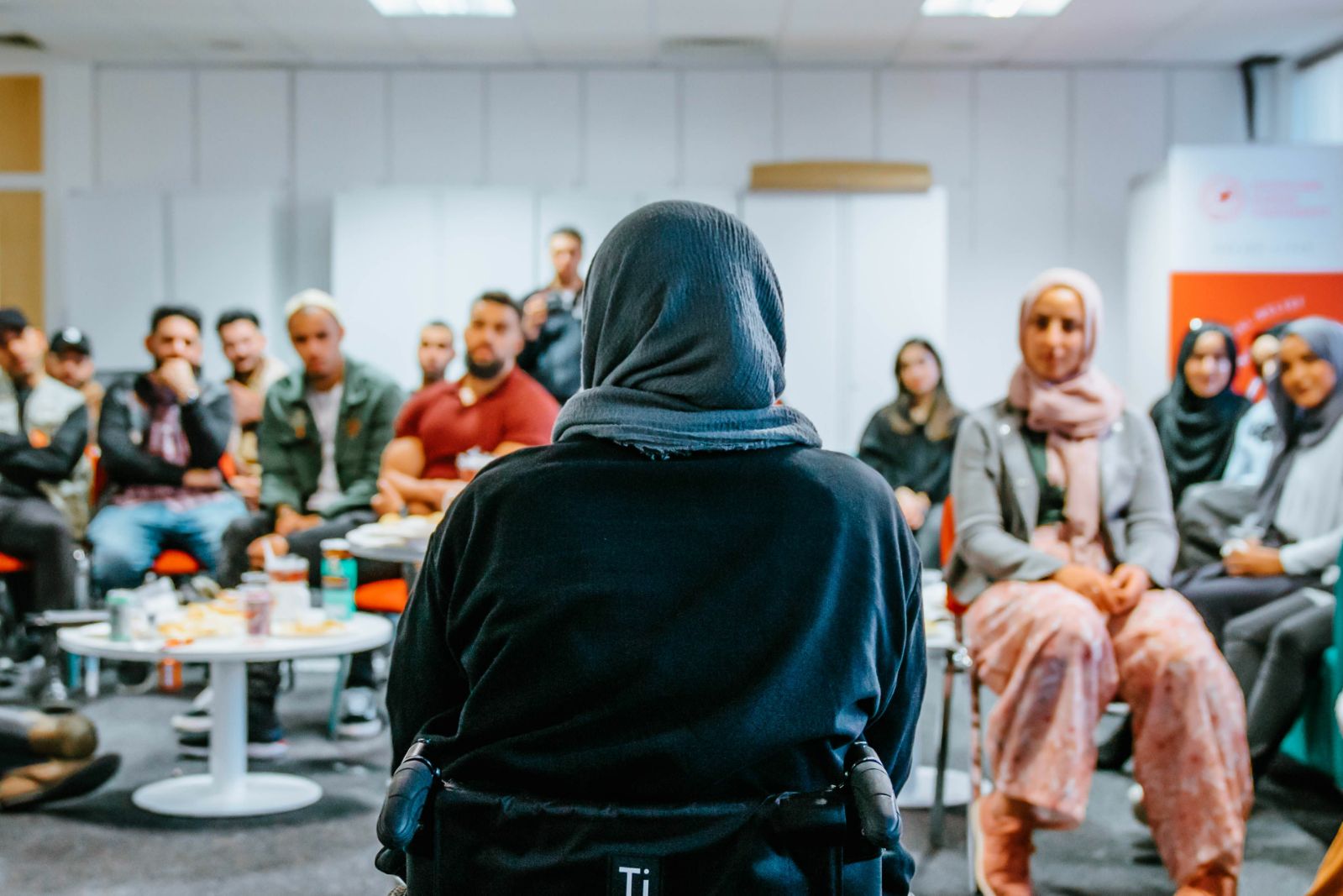 Utilise your gift to its potential; don’t expect anyone to make that happen except you.

Recognise whatever platform you’ve been given is a gift from Allah. Use what you have and don’t underestimate your scope of influence.

2. Make quality time with your close ones a priority

We’re constantly told about the benefits of a social media detox, but actually it’s a lot simpler than that – it’s all about having that balance.

Sheikh Omar Suleiman reminds us that the main consequence of being a celebrity is loneliness. The allure of fame is often short-lived if it exists in a vacuum with no real relationships. Rather than having a few close friends, you end up having thousands of shallow acquaintances – and no one to go to when you really need someone.

The Prophet SAW regularly helped people, and always made time for them. But he also made sure he gave his family the time they needed too.

Keep yourself grounded by sticking with those who loved you before you became who you are. Don’t underestimate the power of their love and care: it is fortifying, and is such an important tool in staying focused and staying strong.

When I asked Ali Official about advice on being a YouTuber, and starting up a channel, he asked me straightaway, “Well, what’s the end goal? What are you in this for?”

To paraphrase a Hadith from the collection of 40 Hadith by Imam Al-Nawawi, “Actions are by intentions – and everyone has that which he intended.” We need to keep going back and asking ourselves – what is it all for? And do we believe we can do it?

Khaled Siddiq tells us about a Tony Robbins speech he heard about the importance of belief. Your belief defines your actions, which defines your results. So if something’s wrong with the results – most people try and change their actions. But really, the belief is everything. Change the belief, and change the outcome. Make sure the belief that’s driving you is a positive one.

Ask Allah for guidance always, Allah says in a Hadith Qudsi, “I am as you believe me to be.”

People think it’s shallow to ask Dua about your career as an influencer, but if you’re bettering yourself and trying to make society a better place – then why not?

We had the absolute privilege of listening to the wonderful Lina Bettayeb. Watch the video above to hear her full story.

She talks about her journey of being wheelchair bound, and how it doesn’t define her – if you meet her, you’ll definitely see there’s so much more to her than a disability. What does define her, however, is the sheer strength of her strong-willed mind. She talks with an unreal amount of patience, kindness and her manners are the epitome of gracefulness.

The KYTA movement (Know Your True Ability) stems from Lina’s determination to make the world better in some way.

She tells a room filled with silent, attentive listeners that we have to keep trying to be better. If not, we’ll get stuck. Not just physically stuck, worse, mentally stuck, she tells us matter-of-factly, confidently, self-assured.

“We’re not supposed to be the same as we were yesterday, if that was the case, then we’d all be the same in 20 years.” – Lina Bettayeb. 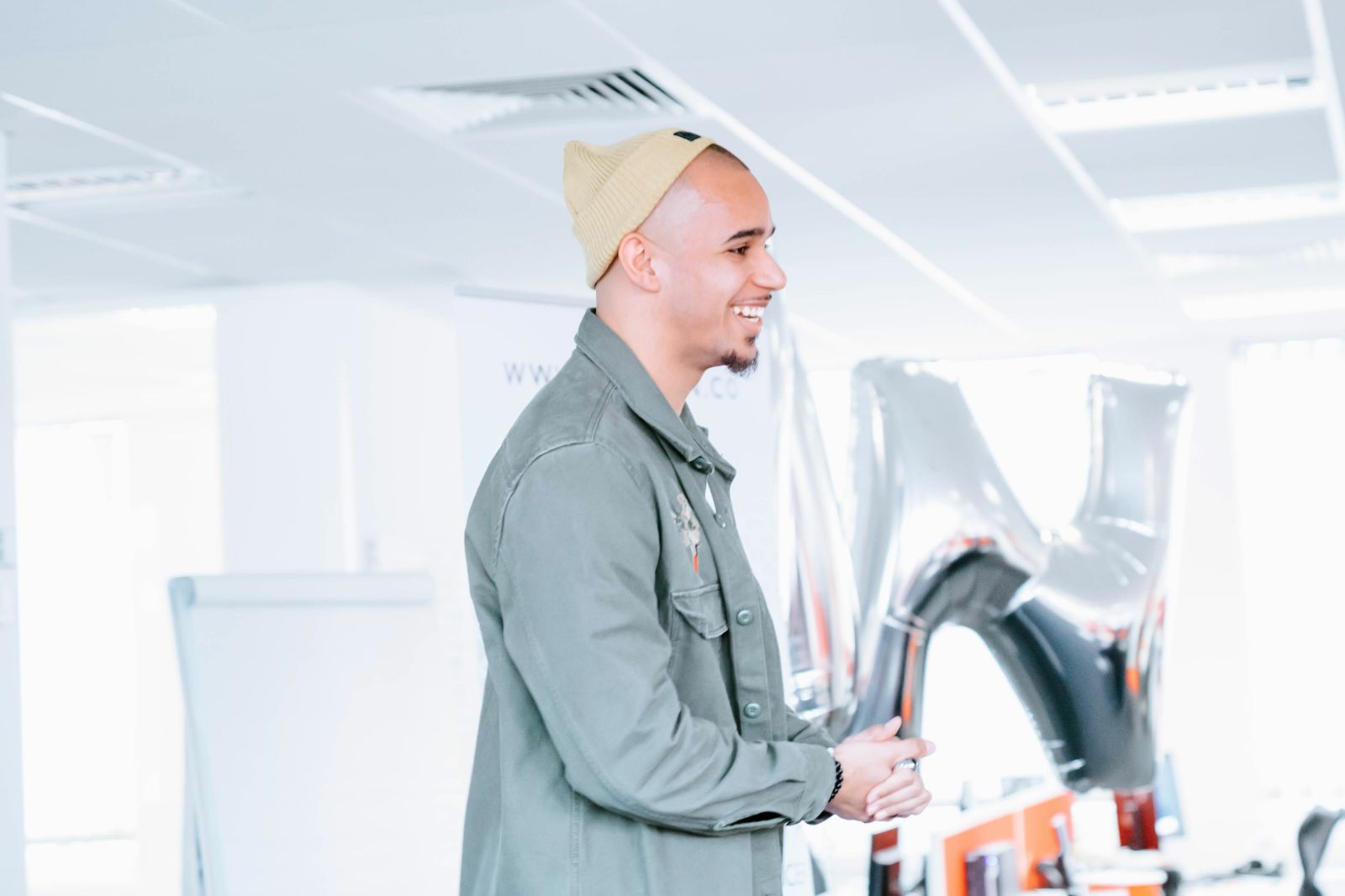 After we watch her video, she tells us how much work has gone into it. She makes the excellent point that when we have good ideas, we hoard them, but what we need to do, is throw them out there and work on them based on the feedback we get.

Let’s not be precious with our ideas – because right now, they’re just ideas! Turn them into something, and you can only do that by chucking it out into the ether and seeing what comes back.

Lina smiles as she says brightly, “Let’s just throw this out there and we’ll see!”

5. Surround yourself with people who shape you into your best you.

During the Meet up, there was this great atmosphere of family. There was sense of community. It was as though there was this force that brought together all those unique characters with a story to tell.

“The good thing about all the Muslim influencers being in the same place is that you realise you’re not alone, there is a sense of a common goal within your peers, which gives you motivation to keep going.

It’s also about being connected to people that may help you in your pursuits. If you’ve lost motivation and you see another person working really hard.

You’re all here in this same environment and everyone’s here with the same goal – wanting to bring good into the world.

It’s also good for your deen. Sometimes you can feel alone in your spiritual journey and progression, especially as an influencer. So, when you’re around other people who are also Muslim influencers, it keeps your faith in check.” – Khaled Siddiq

“Surround yourself with people who are on a path that maybe they’re not sure about but they have a destination they know they need to get to.” – Quadri, our host for the day.

Iron sharpens iron, let’s stay in those environments that foster in us a sense of purpose, happiness and the need to make the world a better place.

MIN’s purpose is to, “Empower the Influencers of Today to Better the Society of Tomorrow”.

As Omar and Saif (the M.I.N. founders) say, “the way to really change the perception of Muslims in the media is to tell stories that matter”.

We are slowly wielding strength in the Ummah and finding our tribe.

We want to see distances between us and others be understood, worked on and Insha’Allah, bridged. And when that day comes, it may not be a utopia, but it’ll certainly be a richer word.

May Allah increase you in likes and love.