Seeing Hijabis on the screen is surprising, right?

It’s a strange state of affairs that the presense of marginalized groups on screen is met with shock and premature celebration. A Hijabi’s existence in an increasingly secular world is an anomaly, and to explore this on the big screen is something that needs to be done more.

In fact, the title of this article says it all – “6 television shows that have a hijabi character – and no, “it’s not enough”. Though the presence of these Hijabi characters are a massive step forward, one can’t help but want and expect more from the world.

Hijabi/Muslim/People of Colour (POC) roles that are not typecast and not reinforcing harmful stereotypes are incredible. It’s something we should be proud of. Now, obviously we have a long way to go – but we’re feeling good about what’s coming. 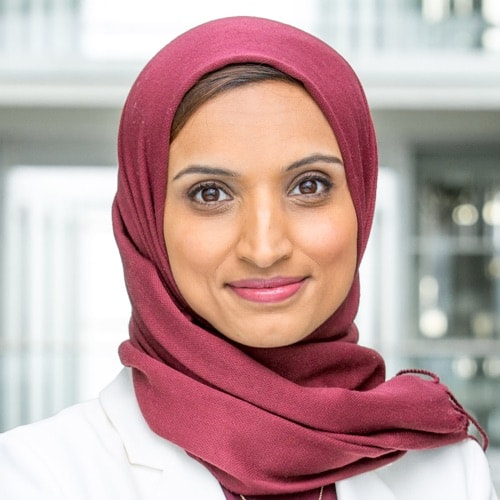 1. Social media fame will translate into more wins across other forms of media

If you’ve never seen an Adam Saleh prank or ZaidAliT video shared somewhere on Facebook – then where have you been? Check out this list of Muslim YouTubers that are HILARIOUS and have huge followings for good reason.

But YouTube isn’t the only place we’ve seen funny people become celebrities purely due to good content and personality. We’ve seen people like Ramy Yussef become an international comedian off the back of his Vine fame (I’m probably one of the 10% of the population that misses Vine).

And most of all, we’ve seen a trend in the last 10 years of Hijabis rising up and being heard, using their own channels to do so.

Speculators could say that this is a result of frustration from being silenced – but in reality, it’s a lot simpler; they have a unique voice, and they’re not letting anyone speak for them.

In using their own channels, they’re not censored and imprisoned in their own labels – they’re funny, they’re complex, they’re social commentators and satirists. This has been a key factor in the rest of the world becoming more woke to the fact that Hijabis are everywhere.

2. Hijabi women are not a homogenous group

The one thing that unites all Hijabi women… we all wear Hijab. Literally, that is all it is.

Hijabis don’t have one race or one ethnicity or one base level of religiousness – we’re just human beings who wear a religious garment for reasons that can vary.

It’s easy and it’s simple to show the stereotype of a Hijabi WOC – meek, shy, waiting eagerly for her male saviour – but this preconception is limiting and so far from reality.

Priya Kalidas’ role in Four Lions plays with this somewhat, especially when she is shown to be a British Muslim woman standing up to her Brother-in-law who won’t even look at her (then again, she does approve of the suicide pact her husband has going on, so there’s that).

Because of the sheer immensity of how different Hijabis are – there’s just so much that’s there’s to explore. There is so much to show and to make Hijabi women feel a part of something they can actually relate to.

Films like Lipstick Under My Burka, though not perfect, are attempting to highlight that there’s more to Hijabis than just their hijabs (like make-up, haha). They’re actually human beings – who would have thought?

3. Female roles are starting to change

Let’s face it, in terms of feminism – those who are feminists have giant space steps forward in 2017, with the whole Harvey Weinstein web of lies unravelling, the ‘me too’ movement and more and more women AND men standing up to unacceptable behaviour and toxic masculinity.

And of course, what we watch plays a massive part in this. One of the best things about this year was watching the incredibly powerful female roles in popular TV series, Crazy Ex Girlfriend, Big Little Lies, The Handmaid’s Tale… all containing complex and intriguing female leading roles. Listen to this speech by Reese Witherspoon on the importance of strong female leads (https://www.youtube.com/watch?v=JKKRBnpDpBY).

And let’s not forget the controversial Gone Girl film from 2014 – when we had a sharp, unapologetic vengeful female lead, who basically ends the film with everything she wants – at the expense of the weaker male lead.

But while these examples have made some attempt at diversity, what they do not contain is women of colour in the lead role. Sure, we have the talented Gabrielle Ruiz and the hilariously straight-faced Vella Lovell in one of the main cast of Crazy Ex-Girlfriend and, my personal favourite, the powerful Samira Wiley as Moira in Hulu’s adaptation of The Handmaid’s Tale.

These women’s roles are vital to the story, however, we cannot ignore the fact that they are supporting roles. Intersectional feminism is about rejoicing only when all women are experiencing fairness and equality.

What we want to see more of is wonderful shows like Being Mary Jane, She’s Gotta Have It and my personal favourite – Insecure which has strong, beautiful, intelligent female leads that are confronted with the hypocritical and patronizing nature of the white people around them. And I have no doubts we’ll be seeing this more of this very soon.

What we want to see translated onto the screen is that you don’t need to be a white woman to be the leading lady of your own movie. A Hijabi’s story of how she influences the public and saves people and wins at life is something we really all need to see very soon. 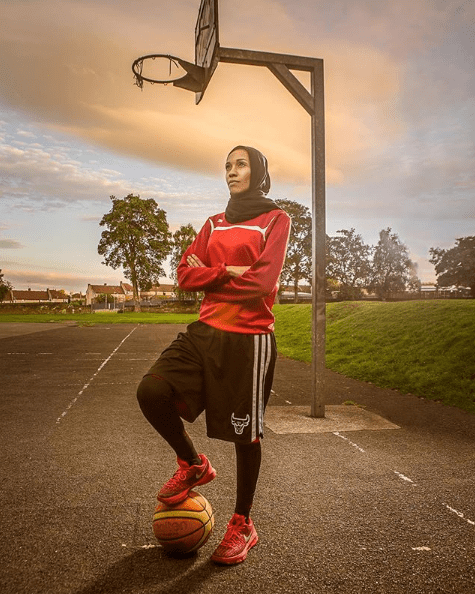 4. Filmmakers/screenwriters can no longer afford to be lazy and rely on stereotypical roles

When I started studying Creative Writing, as a class, we were asked this question: what do you write? And what would you never write about? I initially chose to write about the themes of heartbreak, moving on and coming of age. And ironically, one of the topics I never wanted to touch was, funnily enough – Islam.

I wanted to write about relationships without taking on the baggage of years and years of entrenched labels and most of all, I didn’t want to be preachy. The solution then was to avoid writing about Islam altogether. It was only three years ago that I saw it as problematic that the first novel I ever started writing was a 15-year-old white, male protagonist.

Since then I’ve realised something paramount.

As a Muslim writer of colour, I have a duty to write about the world as I see it, with no filter, and without making it palatable solely for a white readership.

The novel that I am writing tells the story of two British Muslim Mauritian women. The plot doesn’t centre around terrorism, or oppression or family ‘honour’, it’s just about two women finding their place in this world.

I feel that all artists, not just POC, need to move away from stereotypes, or any characters that perpetuate harmful archetypes, i.e. the white savior, the damsel in distress, the oppressed Muslim wife/daughter, the Arab terrorist, the loud feisty highly sexualized Black best friend (despite Black women having the highest rates of celibacy in the UK).

Which leads me to my final point…

5. There is a thirst for knowledge and ‘good art’

…And Hijabis are a part of this.

We learn a lot about life from the books we read, the shows we watch and the films we see. Entertainment isn’t just entertainment anymore – it becomes a very big part of how we judge others, the lens through which we see the world and even our own standards of beauty.

Imagine all the Women of Colour (WOC) who grew up believing that they didn’t fit the ideal standards of beauty because they didn’t have blond hair and white skin.

Novels, plays screenplays and treatments have to be researched and backed up so we don’t continue to perpetuate the prevailing belief that ‘everything is white is right’.

This is especially true of anything comedic as the best comedy arises from truth we see in our daily observations of life. And, nobody walks down the street in a City like London or Manchester or Brighton – without seeing a Hijabi.

You didn’t grow up in an inner-city school without having a Hijabi in your class.

Muslim women make up a fundamental fabric of society – and to ignore this is not only to disregard reality but also to silence the voice of a brilliantly diverse and growing group.

We need more art that makes a difference.

Good art is always about reflecting truth in life.