9 British Muslim Influencers to Watch Out For In 2020 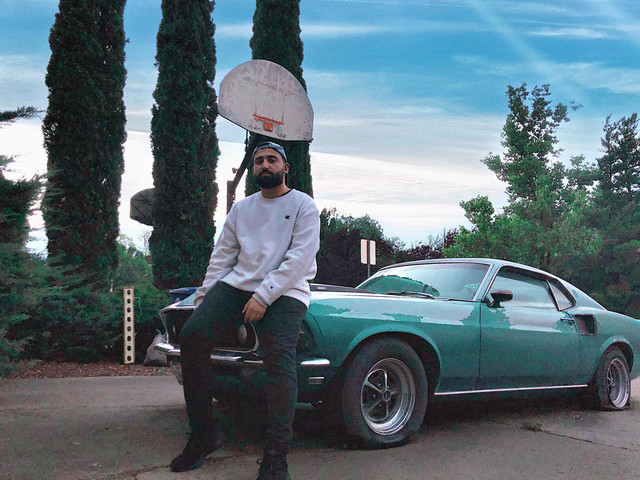 
As we approach another year (jheez, time really does fly!), there are a lot of reasons to look forward to what lies ahead, not only for us in our lives, but the contributions of British Muslims.

Over the past year, I’ve had my eye on certain artists and Influencers who’ve made great progress and seem to be on track to do big things.

Some you may have heard of, others maybe not. But all of them are doing something right. Don’t be surprised if you see a lot more of them in 2020!

Sukina will be a name unfamiliar to many reading this. But for those who are familiar, would have had their hearts captivated by her poetry.

A spoken-word artist who has been on the scene for over 10 years, her poetry is heartfelt, passionate and real. It conveys her love for her faith and how we can become better people through it.

Alongside her husband, manager and fellow artist, Mohammed Yahya, she has been working on an album, set for release in 2019. Word has it that this project will be a timeless masterpiece. It will also feature collaborations from other popular musicians. 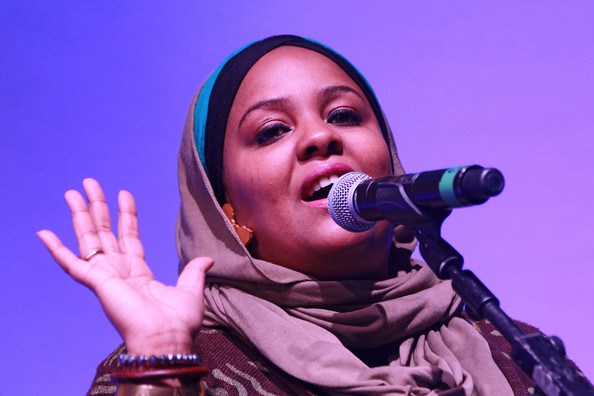 Zein is a British-Lebanese singer-songwriter from London, known for his soulful voice.

His debut single, featuring British artist Khaled Siddiq, ‘Your Love’, was well-received, demonstrating his gift for music and is currently on 100,000 Spotify downloads.

But Zein is much more than a musician. He’s in his final year of medical school, and upon graduation, and his debut single was released at the end of Summer 2019.

Umi is a British poet, former professional basketball player (yes, former – he had an early retirement!), content creator and comedian.

He creates funny and inspiring content for his loyal followers based across Europe and North America.

He has toured America with his poetry, including a performance at the renowned Yale University, as well performed across the UK and Canada.

But 2019 looks extremely promising for him. He is currently preparing a tour, I am Umi, which will explore his relationship with depression and suicide, and provide solutions for young people to overcome their mental health struggles. 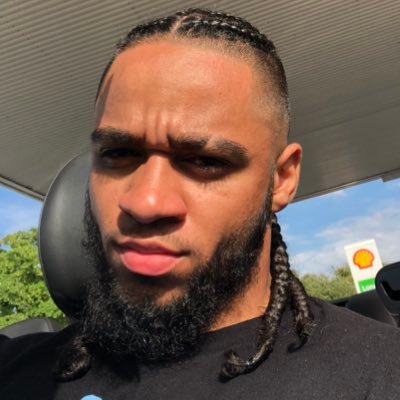 There are not many British Muslim creatives on the same level as Nadir.

Having partnered with Youtube recently for a series called ‘ In My Personal Space’. He is a Muslim Instagram influencer that has demonstrated his talent as a host, having interviewed some of the biggest celebrities in the UK, including Michael Dapaah, Alisha Dixon and Pro Green.

His recent documentary, Finding Nenek, a powerful documentary showing his journey in Indonesia to reclaim his heritage and find to find out who his grandmother was, showed his capability for storytelling. 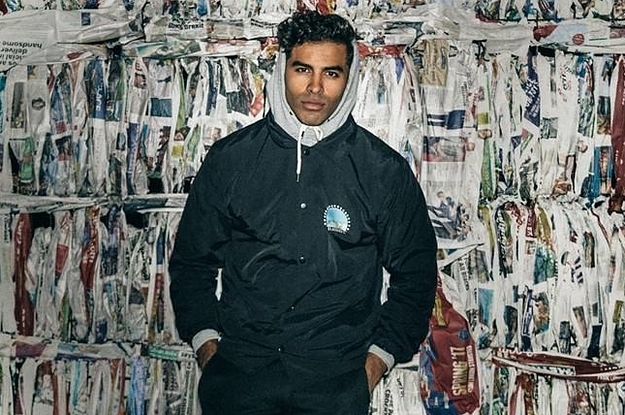 Gulis is a personal trainer and nutritionist, who shares her workouts and food advice to fellow Muslim women on Instagram.

Earlier this year, after a series of workout videos, she’s had a phenomenal growth, from only a few thousand followers to 37,000 followers within 6 months. Her engagement currently sits at around 7%, which is well above average.

Her openness and vulnerability has also helped her bond with her followers, as she’s shared her struggles with her weight over the years.

I anticipate her growth to continue into 2019 and won’t be surprised if she hits 100,000 followers by the end of the year. 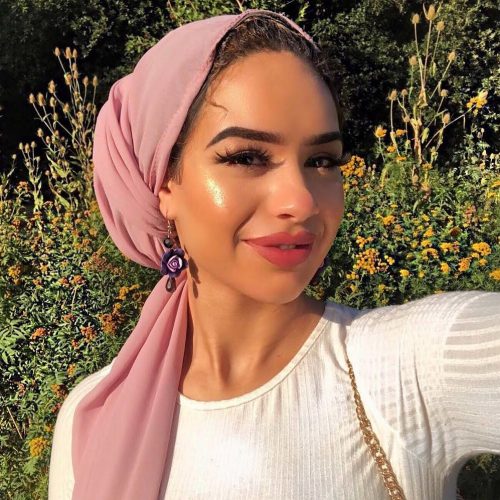 These are all words that describe Ali Official, a London-based content creator and comedian hailing from Devon, who has had some great breakthroughs this year.

Having performed his comedy across the UK and the U.S., he recently made his TV debut in
November for a Channel 4 comedy programme called ‘Ministry of Justice’. Rumour also has it that he’s going to be on a lot more mainstream shows over 2019 (ssshh).

Ali is also a competent fundraiser and has helped personally raise over £100,000 in charitable donations through his followers. 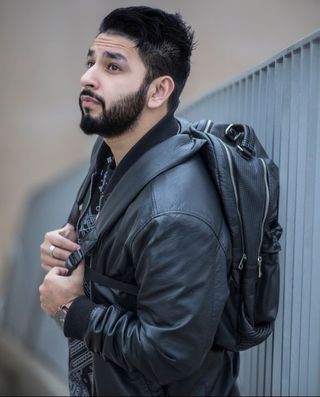 Mariah is best known as the first hijabi model to go mainstream, following her collaboration with high street chain H & M in 2015.

And since then, has only gone from strength to strength. She travels the world for her work, working with leading brands. But what’s most admirable about her, is her honesty.

Mariah isn’t shy to stick to her principles and will speak out when something isn’t right.

Furthermore, she recognises that her career as a model is only one strength, she believes that by limiting herself to her physical appearance, in a sense, can reduce her worth as a woman.

With aspirations to enter into the world of public speaking and acting, she believes she can have even greater social influence.

Ashley has an interesting brand. He’s able to quite comfortably dip in and out of both the Muslim scene and the mainstream scene.

He is a spoken word artist, who performs worldwide mostly to Muslim audiences. But is also an actor, appearing in films like Anuvahood and TV shows like The Bill, Casualty and Law and Order.

He is also an up and coming film director and interior designer. 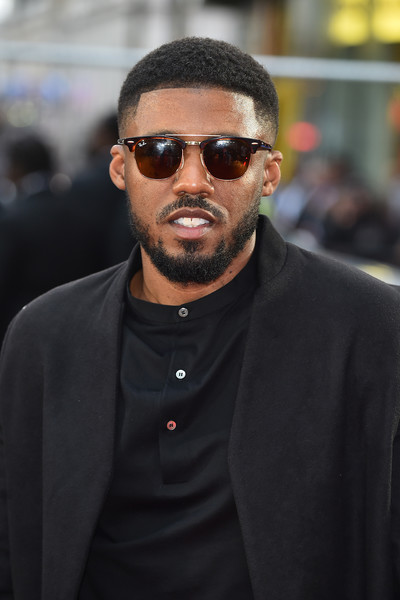 Writer, spoken-word poet, speaker, and educator, Suhaiymah Manzoor-Khan is a Cambridge graduate who is not afraid to stand up for what she believes in.

With her work featured in the likes of Al Jazeera, the Guardian and the Independent, she’s a growing and refreshing voice in our community. She has also recently co-authored a book called A Fly Girl’s Guide to University: Being a woman of colour at Cambridge and other institutions of power and elitism.

She describes herself as being “invested in unlearning the modalities of knowledge she has internalised, disrupting power relations, and interrogating narratives around race/ism, gender(ed oppression), Islamophobia, state violence, knowledge production and (de)coloniality.”

Expect her voice to become even more prominent in 2019!

The UK Muslim scene is an interesting and diverse one. 2019 is set to be a fascinating year and many Muslim Influencers want it to be the one that they’ll always remember. 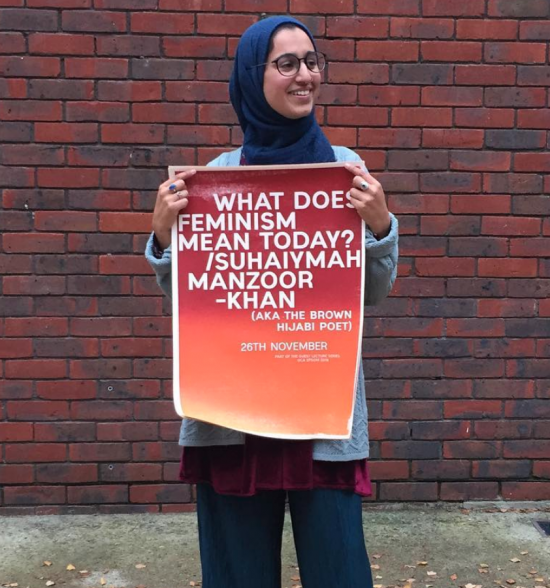 Comment below someone who we should watch out for in 2020!