Diary of a Badman: ‘I’m not a model Muslim, but I make people think’ 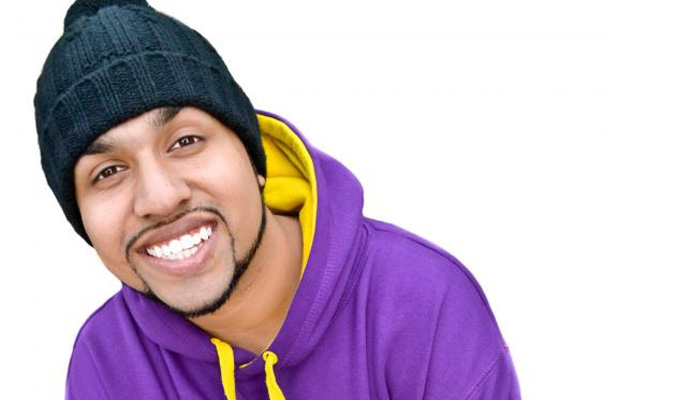 
The comedy video series has made its creator an internet sensation. But not everyone is laughing

Humza Arshad is an unlikely internet star: a self-styled “troubled young man with the mentality of a seven-year-old”, whose webcam monologues and sketches touch on issues from arranged marriage, to his aunty’s moustache and his contempt for dhal. But his Diary of a Bad Man series, launched late in 2010, has become a worldwide hit, attracting 35 million views to his YouTube channel.

Diary of a Bad Man is a satirical take on British Asian culture, with a twist: the videos all end with a moral message. If there’s anyone that deserves your “patience, kindness and respect”, he says, “that one person is your mum”. Indeed, Arshad’s most popular clip features a rap battle between him and his mother (who wears a niqab), in which he raps: “If you wore a cape, you would look like Batman!” Other clips show him mocking his father’s vanity when describing how he met his wife in Pakistan, and joking with a devout friend whom he calls “Taliban”.

But not everyone is a fan. Earlier this year, Muhammad Abdul Jabbar, an Islamic activist, began posting YouTube messages warning of Arshad’s supposed disrespect of Islam. “Muslims of the 21st century have taken this guy as a role model,” says Jabbar. “Is it because he listens to the devil’s music? Is it because he makes a mockery out of the food Allah provides for him?” Arshad admits that the opprobrium directed at his comedy has lost him some followers. Jabbar has even been joined by some former crew members of Diary of a Bad Man in speaking out against the series. In a video response, one ex-member says: “How can you expect us to sit here silently when we hear about children becoming disobedient to their parents and niqaabi and hijaabi sisters mocked by school children [as a result of the videos]?”

Arshad isn’t fazed by the “haters”. “I call them terrorists,” he jokes. “I’m not saying I’m the best Muslim role model out there. But I make people laugh and think. Every day people will come up to me, even atheists, and will say I have a different impression of Islam now.”

Originally published on The Guardian

Often when talking about Muslim Influencers, we concentrate on the names that most of us are familiar with – Dina Tokio, Habiba DaSilva, Adam Saleh, Fouseytube and the like, but there are thousands of others that don’t always get a mention.