Space and Islam – What You Didn’t Know 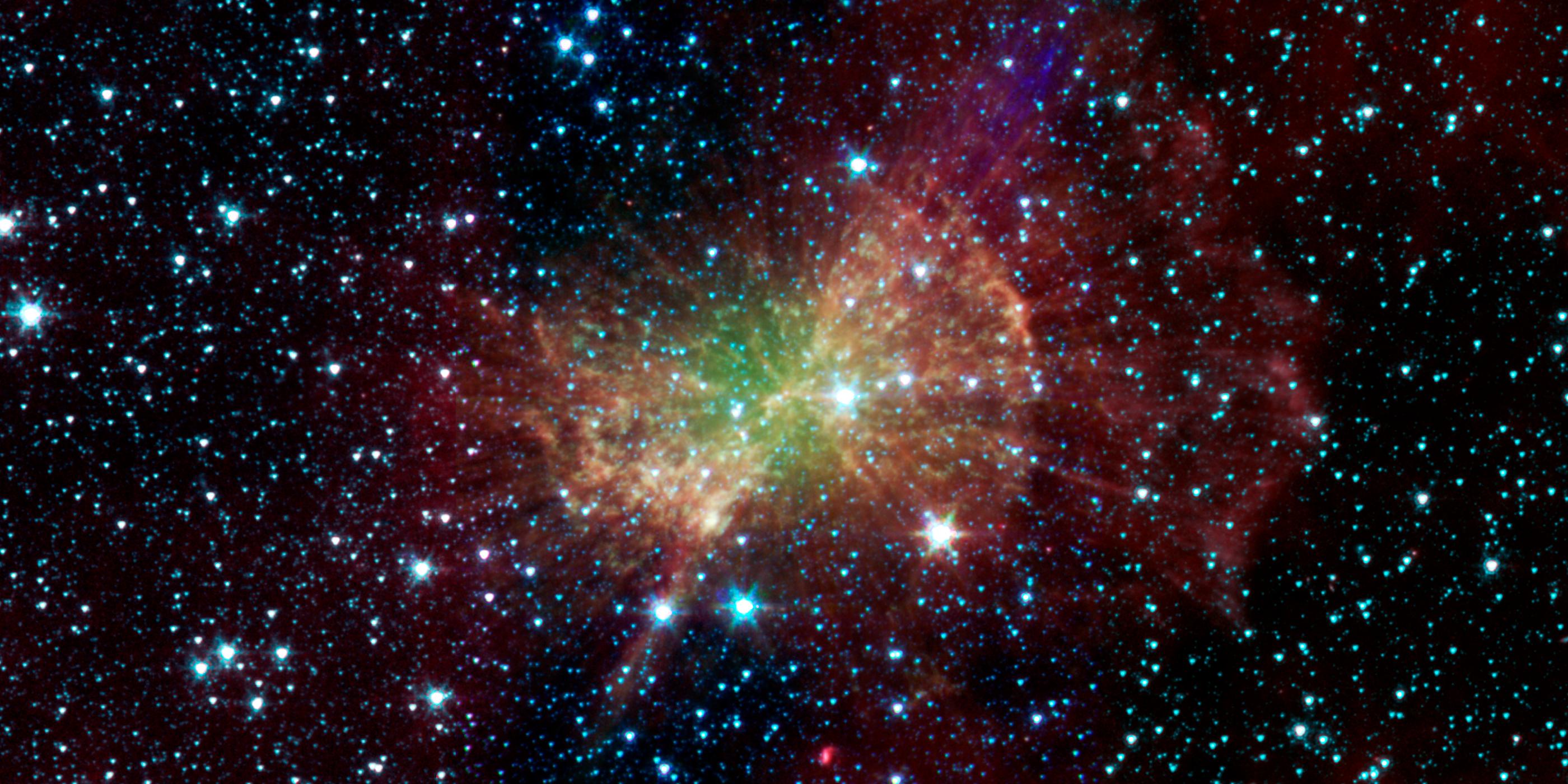 
Space and Islam, the mystery of a topic that is rarely mentioned and spoken about yet holds such prevalence within the religion and the world we live in.

There is so much focus on this world of ours, the beloved earth, full of gracious greens and blossoming blues but what about the world beyond?

What about what stretches beyond the beaming blue sky and serenading stars?

There is an entire universe beyond us. Billions of galaxies like ours. Stars and Planets.

Everything and so much more, more than our human minds could ever imagine.

Our Earth is the lowest of the heavens, we are at the bottom of it all, all the beauty and majesty of our world is nothing compared to what’s out there, much like all that is out there is nothing in comparison to the Heavens.

In a world where everything is changing so rapidly that we forget to ponder about that which is beyond our eyes.

I unravel the mysteries of space within Islam, bringing to light what it tells us and a brief history of its study by Muslim academics, depicting the might and beauty of God’s creation.

This could be reflected in the Quranic verse:

Allah is the one who created seven heavens and from Earth like them (of the corresponding type); [Allah’s] command descends among them (heavens and earth) so that you may know that Allah is capable of anything and that Allah knows everything’. {Quran 65:12}

We can barely start to imagine the capacity of all this world holds until we become overwhelmed by its mere complexity, it truly is extraordinary, there is so much our minds cannot gather, such is the beauty of this world.

One website I would recommend would be The Beauty of Space, it truly depicts the beauty of space, the alignment of stars and planets and how everything is so beautifully and perfectly formed, truly a testament to the one true God.

“There is perhaps no better a demonstration of the folly of human conceits than this distant image of our tiny world.”- Carl Sagan (American astronomer), Time magazine, 09/01/1995.

The study of space within Islam

The study of astronomy has a rich history within the Islamic tradition, particularly within the so-called ‘Islamic Golden Age’ from the 10th to the 12th century through figures such as Al-Khwarizmi, Al-Farghani, Ibn Al Haytham and Nasir al-Din al-Tulsi to name a few. 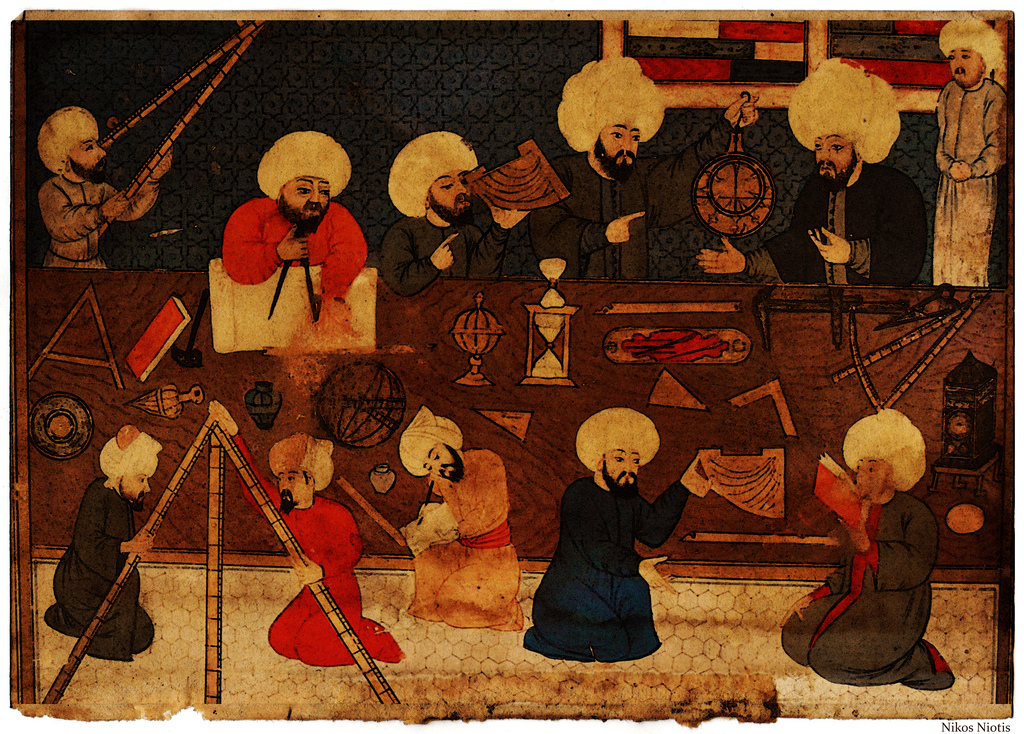 Muslims made huge astronomical achievements within this period, adding to the works of Greek and Latin astronomers, also translating their words into Arabic and vice versa. These works ranged from North Africa, to Andalusia, Egypt and the vast Mediterranean and Arab world.

“Astronomers like Ibn Yunus from Egypt found faults in Ptolemy’s calculations about the movements of the planets and their eccentricities.

Ptolemy was trying to find an explanation for how these bodies orbited in the sky, including how the Earth moved within these parameters.

Ptolemy calculated that the wobble of the Earth, or precession as we now know it, varied 1 degree every 100 years. 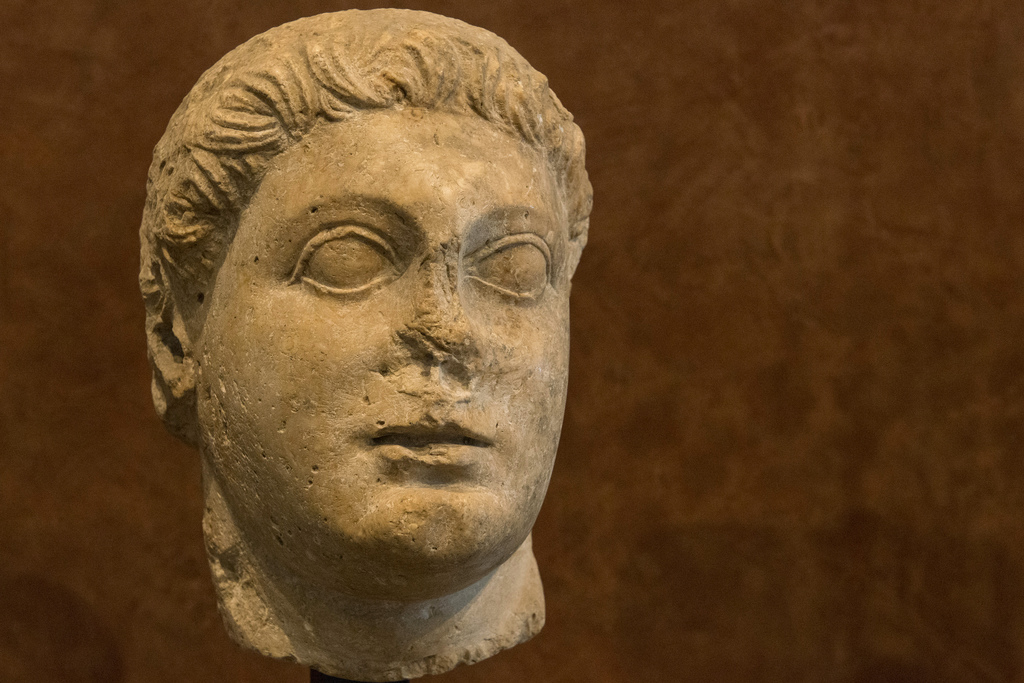 Later, astronomer Ibn Yunus found that Ptolemy was quite wrong and that in fact it was 1 degree every 70 years.

However, they didn’t know that it was the Earth’s wobble causing this change because in the 10th century it was still believed that Earth was at the center of the universe.

This discovery by Ibn Yunus and others like Ibn al-Shatir changed the landscape of astronomy forever.

“The heliocentric model eventually proposed by Copernicus in the 16th century was built on this body of work.’ – Shannon Stirone.

Life outside the Earth

Let’s talk about life outside the Earth, in other words…Aliens. A thing of myths, often depicted in sci-fi movies and fictional genre, many accused of either being conspiracy theorists with the countless stories and theories of just crazy, let’s have a look to see what the position of aliens in Islam is.

Yes, there is life outside of earth:

Ibn Taymiyyah, an Islamic Scholar, has said that God is the one who continues to create, therefore implying that God in his majesty, has created other creatures other than humans, much like the animals and Jinn (spirits).

Therefore, despite no concrete Quranic verse or Hadith (teachings of Prophet Muhammad) explicitly saying that there is life outside of Earth or that aliens exist, however, we can draw from Quran and Hadith that there are possible conclusions for this and many other forms of life.

Within the Quran this could be evidenced from:

‘And among His Signs is the creation of the heavens and the earth, and the living creatures that He has scattered through them: and He has power to gather them together when He wills’. {Quran 42:29}

‘And We have certainly honoured the children of Adam and carried them on the land and sea and provided for them of the good things and preferred them over much of what We have created, with [definite] preference’. {Quran 17:70}

Abdullah Yusuf Ali, whose translation of the Quran from Arabic to English is very famous said regarding the first verse, ‘it is reasonable to suppose that life in some form or another is scattered through some of the millions of heavenly bodies scattered through space’.

Moreover, the phrase so often used to describe God, ‘Rabbul aalameen’; mentioned in Surah Fatiha, the first surah in the Quran, recited at the beginning of each five-time daily prayer, means the Lord of the Worlds.

The plurality of worlds could indicate that there is a possibility of existence being in many worlds, therefore, supporting the idea of life outside of Earth.

No, there isn’t life outside of earth:

On the other hand, there are also evidence that denounces the theory of life outside of Earth within Islam.

‘Dabbah’ is the word used to describe living creatures and the famous Quran translator Muhammad Asad said, ‘the word dabbah denotes any sentient, corporeal being capable of spontaneous movement; it is contrasted here with the non-corporeal, spiritual beings designated as angels’.

Therefore, this suggests that the meaning of ‘living creatures’ applies to the non-corporeal beings which are intangible beings with no bodies, consequently resulting in bodily life forms such as aliens not being included in the verse.

Furthermore, other explanations could be a result of cultural and mythical obsessions.

Aliens appeal as an economic and commercial commodity, through the use of media, clothing, toys and many other products, therefore their existence is exaggerated and pursued to follow those very means.

People who have an interest in science & technology may follow ideologies of Aliens and Mars in Islam. As we are all aware, descriptions of supreme beings are often distorted or exaggerated within the media and cultural worlds such as movies and tv shows.

The Sun, the Moon and the Stars

These three elements are so deeply embedded within the arts, so richly defined within poetry and prose and often symbols of hope and love.

The Qur’an speaks fondly of the sun, the moon and the stars through an abundance of verses, with various verses also reflecting night and day, which we’ll discuss further.

The Sun and the Moon

Examples in the Quran:

‘Blessed is the one who places the constellations in heaven and placed therein a lamp and a moon giving light’. {Quran 25:61}

‘Did you see how God created seven heavens one above another and made the moon a light therein and made the sun a lamp’. {Quran 71:15-16}

‘They ask you about the waxing and waning phases of the crescent moons, say they are to mark fixed times for mankind and Hajj’. {Quran 2:189}

The sun is described as a lamp and the moon as a light, with the sun being even more so, providing greater heat and light during the day, the moon is seen as calmer, providing tranquillity in the night.

Both are described so eloquently within poetry such as Rumi and Hafez, however, no words could capture what the Quran says.

The Qur’an also described their celestial movements of orbiting, with the moon orbiting the earth and the earth orbiting the sun, way before modern astronomy picked up on it.

‘(God) is the One who has set out for you the stars, that you may guide yourselves by them through the darkness of the land and of the sea. We have detailed the signs for people who know.’ {Quran 6:97} 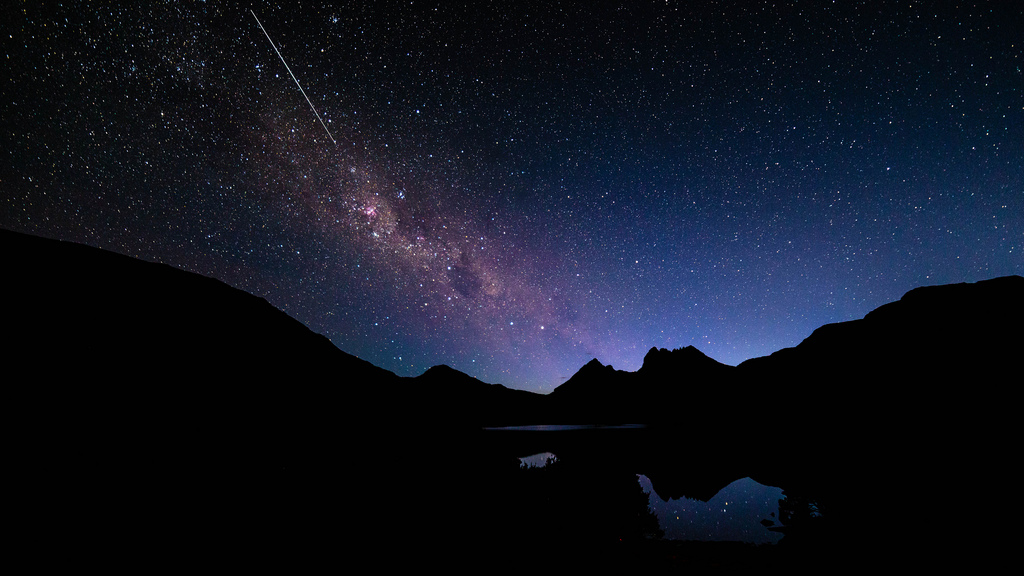 This blog has captured aspects of space within Islam as taught by the Quran, with specific examples drawn and explained briefly.

We have focused on life outside of Earth, drawing on both aspects of whether life exists, or life doesn’t exist, dwelling a little into cultural and economic aspects.

Furthermore, we have covered the main topics of space such as the sun, the moon and the stars, fitting as much as I could without going on too much.

This is only a brief introduction to the abundance of knowledge, for we could speak about the idea of space exploration within Islam, the planets and so much more.

What do you think of space? Are you for aliens or against them? What else do you think we’ll find in the world unknown? Share your thoughts below and let’s see what everyone else is thinking.

Written by Faisal Nazir, AKA The Smiling Akh

3 Responses to Space and Islam – What You Didn’t Know