What Does It Mean to be a Female, Muslim Influencer?


Instagram contains the good, the bad, the ugly and everything in between. Anything you’re looking for, you’ll pretty much find. One of the more interesting things that have emerged over the past few years are ‘Influencers’.

Interestingly, a massive market has opened for Muslim Influencers, in particular, female Muslim Influencers but alongside this has been an increase in hate, abuse, bullying and the exposure of people’s darkest sides.

But, what does it mean to be an “Influencer”?

Definition wise, an Influencer is an individual that has the power to affect the decisions of other people because of their authority, knowledge, position or their relationship with their audience.

In other words, someone that you follow because you relate to them or are interested in their lifestyle or their particular niche. There are influencers in all different industries such as fashion, sport, technology, creative arts and media.

Is Modesty in Fashion Born Out of Oppression of Muslim Women?

For a long time, Muslim women were known as being “oppressed”. Images of Muslim women in Niqabs and Abayas were all anyone knew about for a very long time and it was all that was being talked about.

Why? Because Modesty was seen as Oppression. Social media has successfully demonstrated that this is not the case.

The Hijab is one of the most politicised items of clothing in the world right now, from being banned in French schools to being the symbol of “oppression’.

Many fail to understand the true meaning behind Muslim women wearing the hijab in the first place. There is a lack of platforms to educate people who don’t know about the hijab, and here social media’s importance and the actual influence of influencers come into play.

Female Muslim Influencers have done their duty to showcase the true beauty of hijab as an item of individuality and spirituality, as opposed to an item of oppression. This can be achieved through the integration of faith and fashion, attaching foundations of faith to our modern, everyday surroundings.

More and more Muslim women are becoming well-known members of society and are given a sense of authority, to the extent that they are automatically placed as “public figures”.

Their actions become in the public light and these actions may have repercussions. Once you’re in the spotlight you cannot escape criticism, and unfortunately, in the world of social media where hiding behind anonymous accounts is easy, there’s a lot of it.

If you google her, the first suggestion is “Dina Tokio Hijab”.

When you click that you get an overwhelmingly large amount of YouTube videos, articles and opinions of others to Dina taking her hijab off.

She recently released a 47-minute video on YouTube of her reading out all of the comments from people following her removal of the Hijab; from anything between, death threats to herself and her family to being sexually discriminated against to name calling.

The comments on some of her posts were absolutely appalling and ironic how people call her out in the name of religion but use the very language religion prohibits.

Dina is amongst the many Muslim Female Influencers that get hate comments on a daily basis. Under every post, no matter what they do, say or post, no matter how good the message of the post is, somehow, someone manages to belittle them.

This is, unfortunately, one of the dark sides of social media. You cannot control the actions of others nor their reactions towards yourself, as is in the case of Dina. 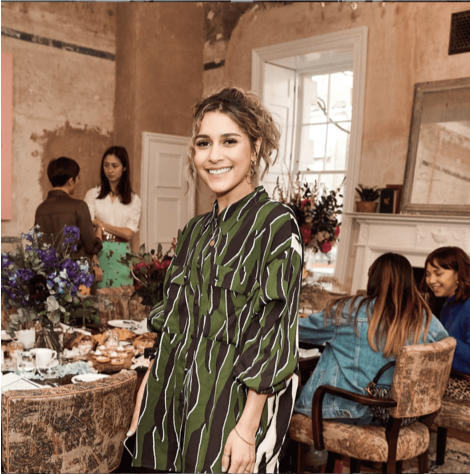 Are Muslim Female Bloggers Forced to Act in a Certain Way?

Influencers are pushed onto a growing platform whereby they have to uphold a sense of responsibility for their actions more so because they are in the public eye.

Muslim female bloggers, for example, are forced to act a certain way because they can lo and behold “influence” individuals to do the same.

Female Muslim Influencers are under constant pressure to remain perfect in the public eye as well as being mindful of community-rooted issues and ideas of how a Muslim woman should be. God Forbid you are anything but perfect.

Perfection simply does not exist.

So, why are Muslim women being punished for being anything other than themselves?

Why are women day in and day out being faced with death threats, hate comments about appearance, personality, comments about faith or so-called “lack-of” faith being discussed so openly and harshly?

Why is society feeling the need to dictate how you should and shouldn’t hold and present yourself?

Often as individuals, we choose to focus on the lack of something opposed to what has actually been gained.

People are often unaware of the positive contributions of Female Muslim Influencers, whether it is encouraging others to wear the hijab and feel comfortable doing so.

Or breaking socio-cultural stereotypes surrounding race and gender, as is visible in the work of beauty influencers such as Habiba Da Silva and Hodhen Liaden.

Now more than ever, the rise of diversity has increased. More brands, businesses, companies are drawing together women of all cultures, ethnicities, ages, religions etc.

Representation is something that many brands are striving for and, if not provided, people are speaking out on this and lobbying to make a change.

Modest fashion is on the rise.

With more campaigns taking on diversity and wanting to include the many. Brands such as Dolce & Gabbana, Nike, H&M, Rihanna’s Fenty Beauty have jumped on the opportunity to feature Hijabi Models.

In 2017, Dolce & Gabbana hired their first social influencer and she is Hijabi Blogger, Ruba Zai. 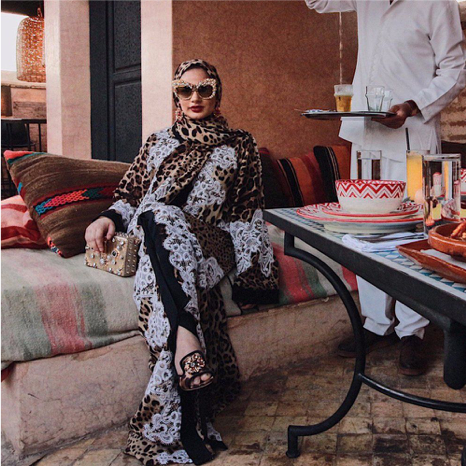 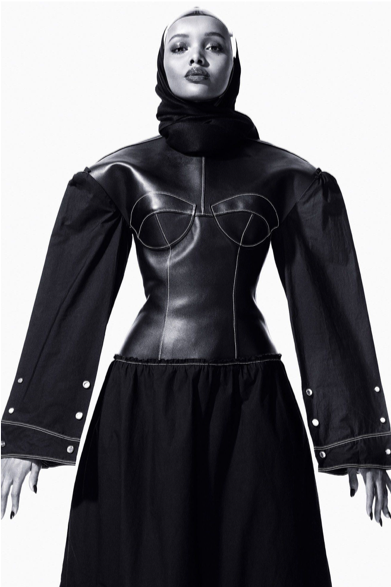 My belief is that Muslim women are absolutely killing the game. Aside from the backlash, bigotry and outright belittling responses they may get, diversity, representation and being unapologetically themselves have not been lost in the process.

If anything, Muslim Influencers are channelling the negativity to produce something impactful, something more beautiful, something for young Muslims to be inspired by.

I was told by a close friend of mine, that every story does not come without the crappy parts; again, there is no such thing as perfection. If you can channel all the bad that has happened to you and use this as a driving force to work hard and play hard, you, my friend, have already won.

You must be wondering what on earth a Nano-influencer is?

We live in a world where so much emphasis is put on influencers who have hundreds of thousands or millions of followers, that often these individuals go under the radar.