Heroes on the Ground: Those who Silently Inspired Me 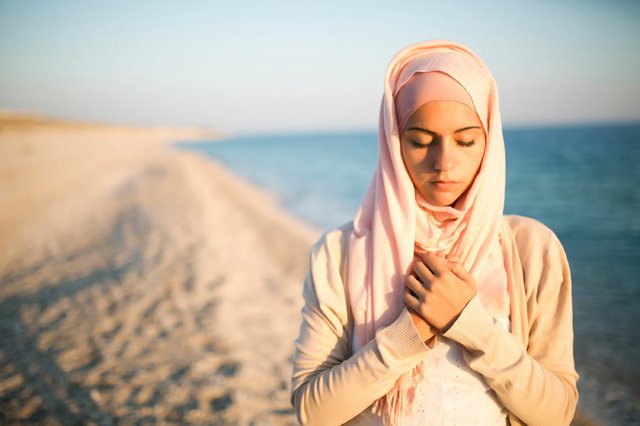 It was love at first sight.

The more I saw sisters in Hijab, the stronger the stir in my heart. I would feel my heartbeat thump faster, as if it was coming exasperatingly alive. Much later did I learn that this feeling was Guidance readying to manifest. Each time I encountered one of my heroes, I would make a silent confession. A proclamation in fact, that one day, “I too will look like you.” Often, I would catch myself staring at any one particular sister, anticipating her to glance at me just so that I could exchange the Islamic greeting of Salam.

From that time on, my Southall soirees would never be the same. Accompanying mum for Eid shopping, Ramadan shopping or just plain ole shopping, my trips would take on a new meaning. Casually I would suggest going into the shops that retailed Islamic dress for women. I would get a sensation for an abaya or a jilbab. I would request to try on niqabs – short, long, double veiled – acting like I knew what I was doing! The shop assistant would advise me on what ‘crepe’ the fabric was and that it had come all the way from Saudi Arabia. I nodded, pretending I knew my stuff, all the while side-glancing my mum, anticipating a ‘tut’.

Outside the shop front I would soak in the array of shades and textures on display. Scarves would entice me to “come over.” A sucker for colour, the show of vibrancy would romance me to ‘buy 2 get one free’. These purchases were incognito as “something for the winter, to keep my neck warm under my coat”, just in case mother dearest questioned. And all the while I continued to confess silently, “I too will look like you.”

Being the only daughter, I was raised a certain way. Throughout my childhood, tweenhood and early adulthood, my mother was a well-attired lady. She had her own sense of style and panache. Known for having a savvy dress sense, she was an inspiration to many. Naturally, she dressed and accessorised me in the same manor and it was in my adulthood that my own sense of dress piqued…until I spotted my Hijabi Heroes. 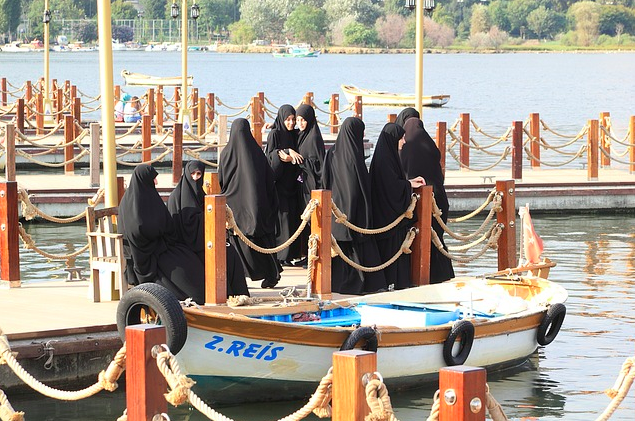 Like many days in my life, I recall this day vividly. And when I do, my senses become heightened, alert with excited memories of the epiphany I experienced. It was a working day and I was out at lunch, soaking in the sun as I casually strolled through the town square. I looked at the many people around me milling through town and asked myself, “Who would think I was a Muslim just by looking at me?” For some, my skin colour may indicate that I follow Islam? Perhaps my facial features may give away my belief? But with surety could anyone even suggest I was a Muslim? Frankly – no. For sure I had an identity, but it was not a visible one. It was hidden. And yet my Hijabi Heroes were rousing something special to be much more noticeable. Not having a visible identity proved to be a problematic feeling, a feeling that I was not content with. And so the decision to embrace the Hijab began to fruition. Question was when?

Soon after my epiphany, a death occurred in the family, the sudden death of my maternal aunt. It was late evening that we received a barrage of consecutive calls, beginning with “she’s sick” to “she’s unconscious” to “she’s in hospital” to the dreaded “the Drs have said only close family members can come to see her.” I knew she was no longer. Receiving the last call, my family and I raced to the hospital…not expecting that she had already been pronounced dead. Upon arrival the sight that greeted us confirmed that my beloved, young aunt had left the world as I knew it, to our Creator. Heartbroken, devastated and at a loss for words, her departing forced me to question my own existence. As I stood over her, in utter shock, I realised that my Lord had spared me and took my aunt instead. The lesson I took away from this trial was to act now and just do it! Now was the time. I was ready. My ardent desire through miraculous Guidance was about to manifest into something sacredly visible. Silently I confessed, “I am about to look like you.”

During the burial and the days after it, my Hijab felt like my second skin. I didn’t need to practice a style or dabble with colours. I just grabbed a scarf that kind of matched what I was wearing and simply, put it on. There was no art to it nor was there any fashion. My Hijab was the result of me obeying a command where Allah, the Most High, states:

“O Prophet! Tell your wives and your daughters and the women of the believers to draw their cloaks (veils) all over their bodies (i.e. screen themselves completely except the eyes or one eye to see the way). That will be better, that they should be known (as free respectable women) so as not to be annoyed. And Allaah is Ever Oft-Forgiving, Most Merciful” [Surah al-Ahzaab 33:59]

And so, began a very personal and inspired journey in wearing the Hijab. It was not something my family told me to do. Nor was it forced upon me. I didn’t wear it through ignorance. Rather it was an informed choice. My choice. Contrary to the misconception of ‘oppression’, the Hijab liberated me. I felt immense freedom. I felt empowered, ignited and profoundly alive. I felt both inspired and brave to wholeheartedly embrace the headscarf.

Heroes on the Ground who Silently Inspired Me

A hero is a person noted for courageous acts, a person who, in the opinion of others, has special achievements and is regarded as a role model (sic). A hero need not be famous, surrounded by fame and with fortune. They need not be popular influencers such as Yasmin Mogahed, a public speaker and author who appears on several social platforms (on Facebook alone she has 619,197 followers). They need not be fashionistas such as Amena Khan (otherwise known as Pearl Daisy on Facebook who has 505,677 followers). She describes herself as a British Beauty, Fashion + Lifestyle Influencer. Amena can also be found across popular social media platforms. From just these two influencers and their followers, I can see that social media has provided a safe and creative space for the Muslim Female Influencer. Remarkably these sisters, along with countless others, are combining their online presence with their skill-set, talent and entrepreneurship; a catalyst for representation. Their significant number of followers show the magnitude of influence they have over their supporters.

The point I am making is that the Muslim Female is unique and it is this individuality that needs to be showcased in order to shape a healthy understanding towards the identity of Muslim Females.

As my story highlights, a hero can be an ordinary person. She does not need thousands to influence others as influencing just one without her knowing may weigh heavy on her scales. She does not need social media to create the safe space to inspire others as the world itself is her safe space. These unsung heroes, who live amidst us and go about living their very ordinary life, make tremendous impact on ordinary people like me. 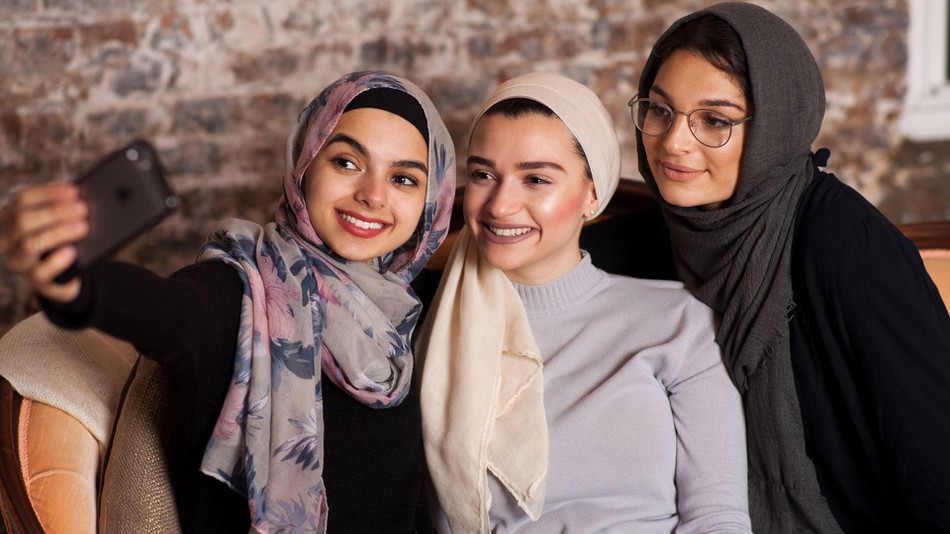 Thank you. Thank you for being my Hero on the ground, because now I am just like you. And all thanks and praise belongs to Him, Allah, The All-Knowing, for blessing me with the Guidance to wear the Hijab. He, The Sublime, subtly made manifest my passion into an action. To say that I feel honoured is an understatement.

1 Response to Heroes on the Ground: Those who Silently Inspired Me